Excited to announce the release of my new EP - Ladies Night. It’s a collection of songs that for many years have been part of my live-show, but that never fitted the mold of my singer/songwriter albums. Some of the tracks date all the way back to 2015, when I started to crush on electronic music with beats. Apart from a few overdubs, I did everything myself; recording and mixing - which certainly attributed to the DIY home-recording feel. When doing a solo-show, I'm always playing these songs - so I thought it was about time to release this as a low-key EP. 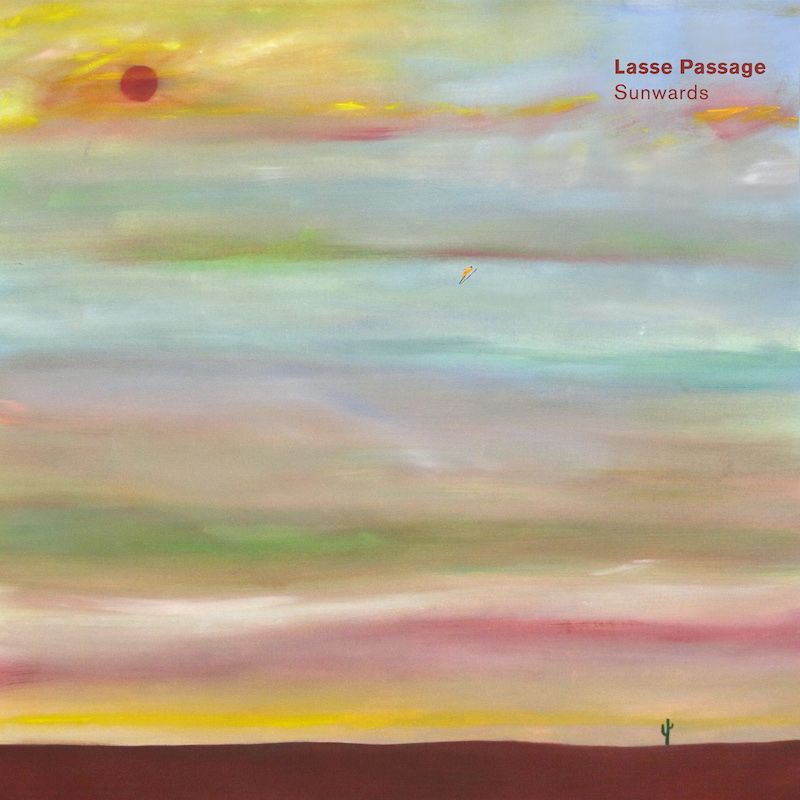 Artist and songwriter Lasse Passage is releasing his third record Sunwards - an album that came into being while travelling alone with an acoustic guitar in Mexico.

At first glance, Sunwards is a handful of charming and catchy pop-songs, but upon a closer listen a more complex emotional landscape emerges - backed up by elaborate arrangements and a detailed production. On his journey in Mexico, he reflects on leaving certain things behind in order to initiate new beginnings - in love as in life. All judiciously dosed with a dark humour and self-irony, making the somewhat universal topics personal, yet relatable.

“Traveling for me has always been an inspirational activity tied to my songwriting. Usually, when I set out I have no other fixed points than bringing my guitar and maybe a return date” - says Lasse Passage. It is easy to let oneself be seduced by the beautiful musical harmonies, soothing arrangements and Lasse’s delicate voice. But already in the opening track “Miles Away” we find sharp and unapologetic observations that keeps the listener awake. It is precisely this contrast, with its layers in both text and music, that give the record its own nerve and makes it an album that keeps growing on you.

Lasse Passage is a free spirited artist with a diverse musical output. He moved to The Netherlands in the early 2000s to study electroacoustic composition, and parallel with being an active figure in contemporary music in Norway, he has developed an intriguing career as a singer-songwriter with extensive touring in Europe the last few years.

Sunwards is perhaps Passage's most accessible and ambitious production to this date. It features a band from the top shelf of the Scandinavian jazz scene (Andreas Werliin, Jo Berger Myhre, Andreas Stensland Løwe, Kim Myhr, Anders Hostad Sørås, Espen Reinertsen and Eivind Lønning), and is mixed by Noah Georgeson, a Grammy winning producer, recording- and mixing engineer - known for his work with Joanna Newsom, Devendra Banhart, The Strokes and Norah Jones.

The first taste of Sunwards can be heard 19th of June with the release of his first single “Miles Away”, with the album being due for release on vinyl 28th of August 2020 on the Norwegian experimental label Sofa's new series ‘Sofa Songs’. 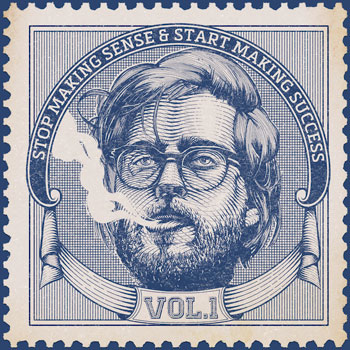 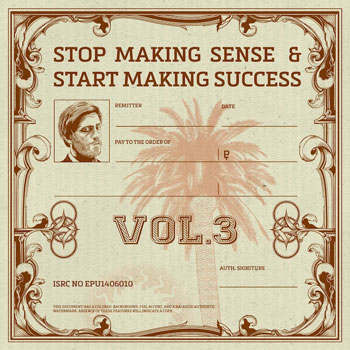 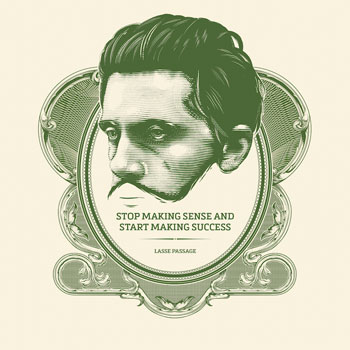 Stop Making Sense and Start Making Success is Lasse Passage's second full lenght album and was digitally released as four separate mini-albums starting in January 2014 before coming together on a dbl. 12” vinyl, released the 20th of November 2015. Each of the four mini-albums has its particular expression and sound, but with a joint nerve that ties the releases together as a whole. The album is based on songs written for acoustic guitar and voice, but with untraditional instrumentation and recording techniques that takes us through a musical journey through lo-fi, sentimental disco and drone. Cover design by Ozalp Eroz

"It’s perhaps best described as a kind of musical documentary or diary, revealing its authors shifting curiosities and longings. The four volumes do not add up to a greater whole or grant clarification of an overarching raison d’être — hence fortifying the notion as the cycle as an anti-album, assembled in an age where we’re not likely to see another Sgt. Pepper or SMiLE any time soon. Ironically — this favouring of impulse over composition, the constant emphasis of experimentation, and on musical miniatures or (what Brian Wilson may have called) feels  — forms a philosophically conceptual whole, as consistent as one compositional or cosmetic. We are invited to follow a year in the musical life of singer/ songwriter Lasse Passage — an artist who doesn’t want to make sense and who’s not likely to be making any sort of commercial success with his ambitious project, but who offers a thoroughly poignant and exciting testimony of his day to day imagination and emotions."
- Lars Åndheim (film director)

Tiny Mix Tapes (US): "Stop Making Sense and Start Making Success is the goods. The real good shit. It’s the same talent similarly minded artists from a decade ago (The Robot Ate Me, The Microphones/early Mount Eerie) were able to deliver."

Kindamuzik (NL): "(Lasse Passage) knows with humor and tragedy to own mark on the unusual, exciting and postmodern singer-songwriter music."

To order the Stop Making Sense and Start Making Success vinyl, my debut album (CD) or various other merch - head over to BandCamp.

To order Sunwards on vinyl or CD, go through Sofa Records.

If you are interested in purchasing the Passage wine, PM me. I only sell per bulk (24 btl). 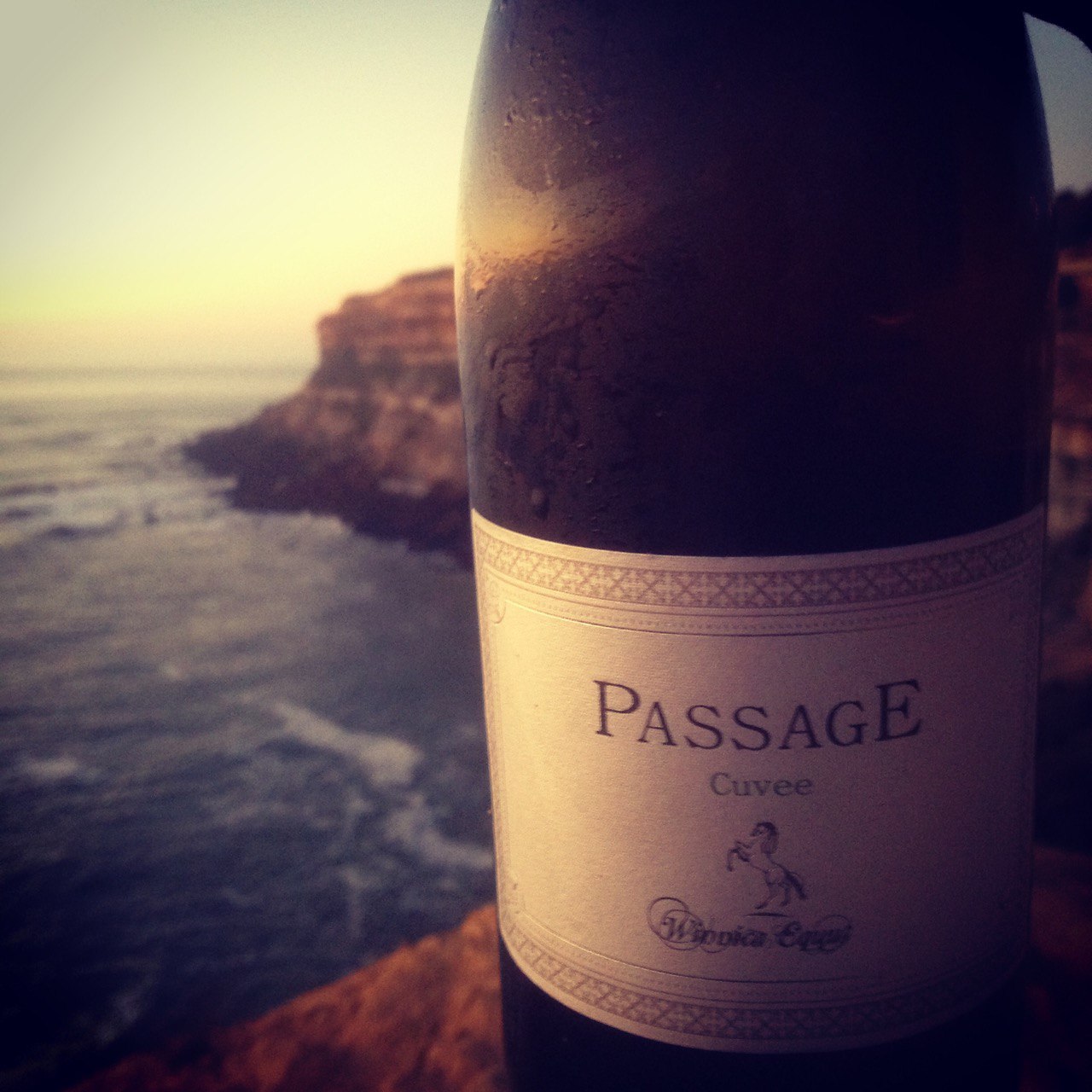